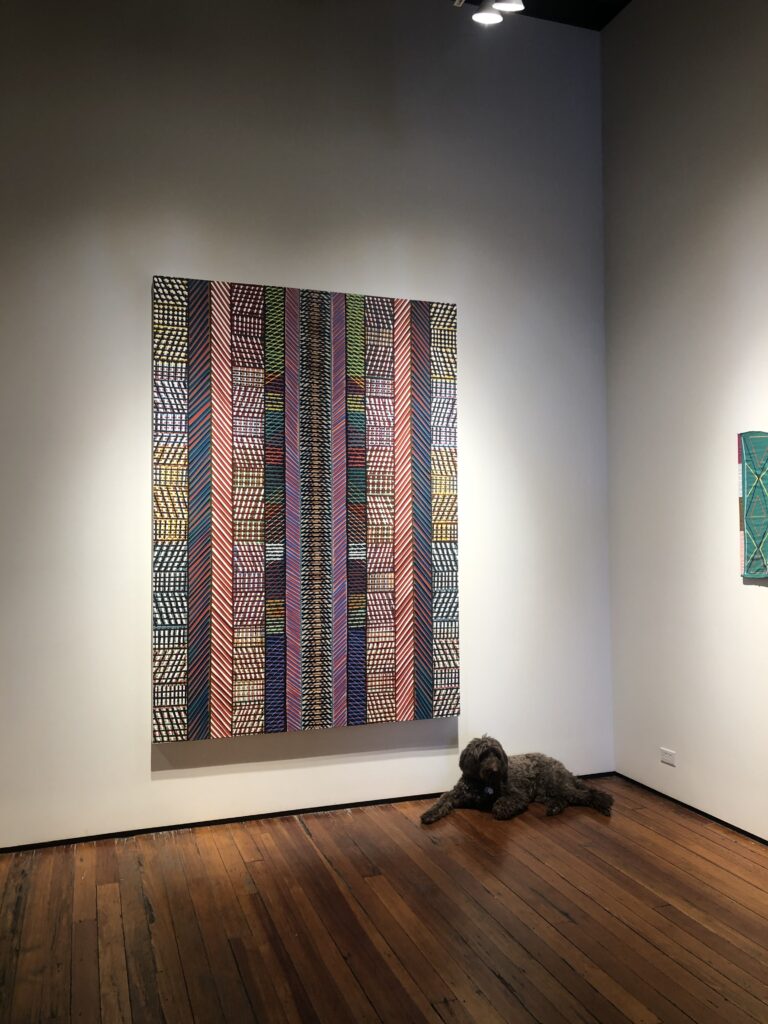 “Borrowed light is shared light. It may be represented by the literal illumination of a painting’s surface from the physical space occupied by the viewer, or an illusion of such light conveyed from within the picture plane. As a subject, borrowed light is a life-giving force, though at some distance. Its indirect nature still has reach through its reflected dispersion of waves and particles, and I use this phrase as a metaphor for the meaning to be found in abstraction.

Among the constellation of themes that exist in my work, light is a subject to which I often return. Its reference has been as a metaphor for cognitive awareness, inspiration, spirituality, its role in sensory perception, and the existential significance of its absence. I am interested in its dualities: natural and unnatural; coolness and warmth; harshness and softness; its ability to illuminate and blind; and to be both generative and destructive.

Light is but one subject, however, in a body of work in which each painting may have its own theme in combination with others that include: conditions of sensory experience and perception; the memetic potential of painting and craft as subjects; conflation of the figure, architecture, still-life, and landscape; visualizing the unseen; personal family mythology; and the transmutable nature of identity.

These subjects are in service to an obsessive process of investigating relationships between layers, intersections, discoveries, and erasures. Layers become paintings upon paintings that both conceal and reveal through a repetition of small gestures. This patient labor provides time for thoughts about color, texture, pattern, and material, while the surface becomes a granular and durational meditation on an infinite mesh of interconnectivity.”
– Marcus Cain, 2020

Marcus Cain lives and works in Kansas City. He is a graduate of the Kansas City Art Institute.
Cain is the recipient of the Charlotte Street Foundation Visual Arts Fellowship and a KC Arts Council Inspiration Grant, among others. His work is in the collection of the Nerman Museum of Contemporary Art, Overland Park, KS; the Daum Museum of Contemporary Art, Sedalia, MO; Sioux City Art Center, Sioux City, IA; American Century Investments, Blue Cross and Blue Shield, H&R Block Headquarters, Kansas City, MO and others.