Richard Notkin: We Stumble On… New and Recent Artwork 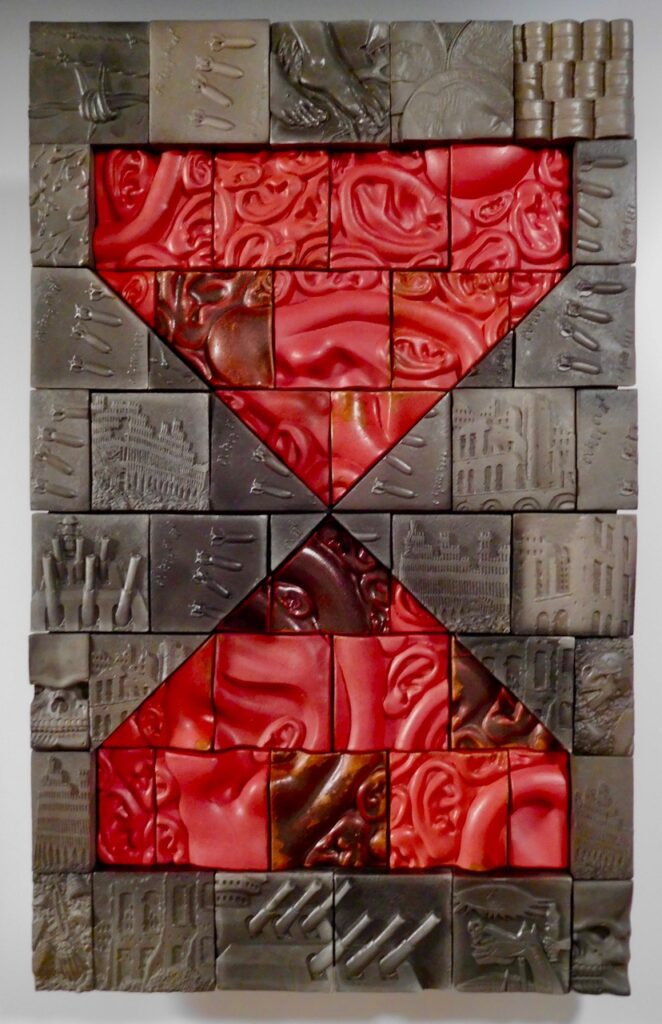 Richard Notkin: We Stumble On… New and Recent Artwork

“We have stumbled into the 21st Century with the advanced technologies of “Star Wars” and the emotional maturity of cavemen.  And to make a dangerous situation worse, our country and too many of our fragile planet’s nations are now in the hands of ego-driven megalomaniacs, ideological thugs and fundamentalist tyrants who are fumbling the planet towards World War III.”

Richard Notkin’s teapots, ceramic sculptures and tile murals are visual explorations into social and political commentary. Through the 1960’s, 70’s and 80’s, when large-scale abstract expressionist vessels and gestural ceramic sculptures were the rage in contemporary American ceramics, Notkin instead worked with a tightly controlled, high degree of craftsmanship and attention to detail.

He is perhaps most known for his series of unglazed stoneware teapots, inspired by the remarkable Yixing wares of China (circa 1500 AD to the present), but consciously maintaining a separate cultural identity, “reflecting the current dilemmas of our contemporary human civilization”.

For over four decades, his work has been exhibited internationally, and is in more than 70 public collections, including the Metropolitan Museum of Art, New York; Smithsonian Institution, Washington, DC; Los Angeles County Museum of Art; Victoria and Albert Museum, London; Stedelijk Museum, Amsterdam; and Shigaraki Ceramic Cultural Park, Japan. Notkin’s awards include three fellowships from the National Endowment for the Arts, and grants from the John Simon Guggenheim Memorial Foundation and Louis Comfort Tiffany Foundation. In 2008, Notkin was elected a Fellow of the American Craft Council, and awarded a USA Hoi Fellowship by the United States Artists Foundation. He is also the recipient of the Meloy Stevenson Award from the Archie Bray Foundation, Helena, MT, and the Honorary Membership Award from NCECA, National Council on Education for the Ceramic Arts, in 2014.