Willem Volkersz: The View From Here 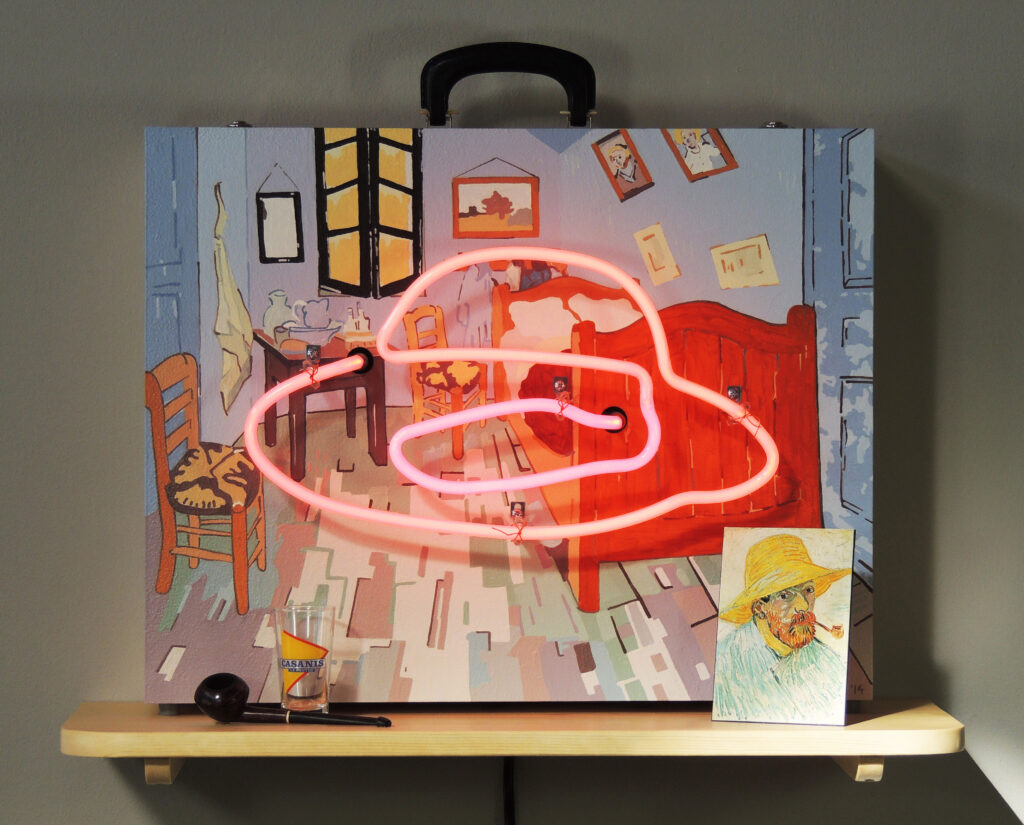 Willem Volkersz: The View From Here

Willem Volkersz came to the United States from Holland, after the devastation of World War II, and brought with him a rich history that is reflected in everything he does. Volkersz has often said that he has an immigrant’s fascination with America and as a teenager he began hitchhiking and driving throughout the American West, camera in hand. What he discovered was a vibrantly rambling and foreign culture, made up of billboards, vernacular architecture and decorated yards. Only in the American West of that time could one encounter a huge billboard as the only landmark in a vast rural landscape, stay in a motel shaped like a giant teepee and be beckoned by a colossal fiberglass Paul Bunyan to visit California’s Trees of Mystery and have the narrative lit by American neon.

These life experiences, the devastation in Europe and the abundance in America, combined with collected images became the sources for Willem Volkersz’ art. Through the physicality of materials and the power of metaphor, Volkersz held up a mirror of his adopted culture and told stories of shared truths, of loss and threat, domesticity and sanctuary. Volkersz has said that what fascinates him is the dialogue between the past and the present and the clues that insight gives him, like dreams, about what lies ahead.

The View From Here incorporates Volkersz’ embrace of the popular culture version of the American Dream, as well as exploration of his compatriot, Vincent van Gogh. As a child, Volkersz often saw van Gogh’s drawings and paintings at museums in Amsterdam and has said that wherever he has lived van Gogh has been by his side. Volkersz’ signature neon, this time in the form of Vincent’s and Theo’s hats, stand in for their portraits and float over the vibrant color of van Gogh’s paintings.

Willem Volkersz’ family survived the Nazi occupation of the Netherlands during WWII and took part in the Dutch resistance. In 2006, Volkersz learned that over 167 of his elementary school classmates had perished in Holocaust concentration camps. In response, Volkersz turned to his early memories and experiences in Holland to create a powerful memorial to the young victims, In Memoriam. Taking a sculptural form, a small wooden suitcase, he constructed an installation of over 167 with name, age, date, and place of death for each of his classmates inscribed on the lids. The metaphor of the suitcase mirrors the last journey of these children who carried all they owned with them. It also serves as headstone and coffin, a powerful reminder of loss and a stand in for all the innocent murdered in that war and the wars and genocides since. In Memoriam is in the permanent collection of the National Holocaust Museum in Amsterdam.