I am a multidisciplinary artist interested in empathy as a way of questioning the notion of the other, in making the invisible visible, and in the transformative, compassionate conversation of the universe.

As a child in Buenos Aires, I watched my Spanish grandmothers and my mother come together to sew, crochet, and embroider, sharing the everyday. The things they made from fabric and thread were expressions of their spirit. All the beauty – the hours of work, the washing and ironing – was made invisible as the tablecloths were later stained with food. I explore the unacknowledged feminine force of work as a kind of prayer that has been important to me my whole life.

In my installations, I include the handwork of other women to bring light to these almost invisible acts: embroidered petals made by cloistered Carmelite nuns, and starched Peruvian petticoats, for example.
It is my deeply felt intention to illuminate what occurs behind the veil, the pattern, or the political.

Ana María Hernando, from Argentina and based in Colorado, is a multidisciplinary artist. Her love of nature, plants, birds, and exploration of the sacred feminine through women’s rich histories permeates her art. Her works on paper are painted and embroidered, overlaid with organza scrims and pierced by cut circles. The resulting spirit of the artwork is one of reverence, almost a prayer, for the connection between humans and nature in all its varied form. Hernando’s artwork is an act of devotion illuminating the beauty and irrepressible living energy of the natural world.

During the recent pandemic, she undertook an installation project, Ecoutons/Let’s Listen/Escuchemos embroidering bird songs, sent to her from people around the world, as a form of visual translation. Those embroidered pieces have been used create a dress for the feminine spirit of the mountain, Ñustapac urpichakuna/Pájaros para la Ñusta/Birds for Ñusta. During the quietness of the pandemic, the artist sought to create an opportunity to be present and connect with nature, especially birds, which are in steep decline in the world. 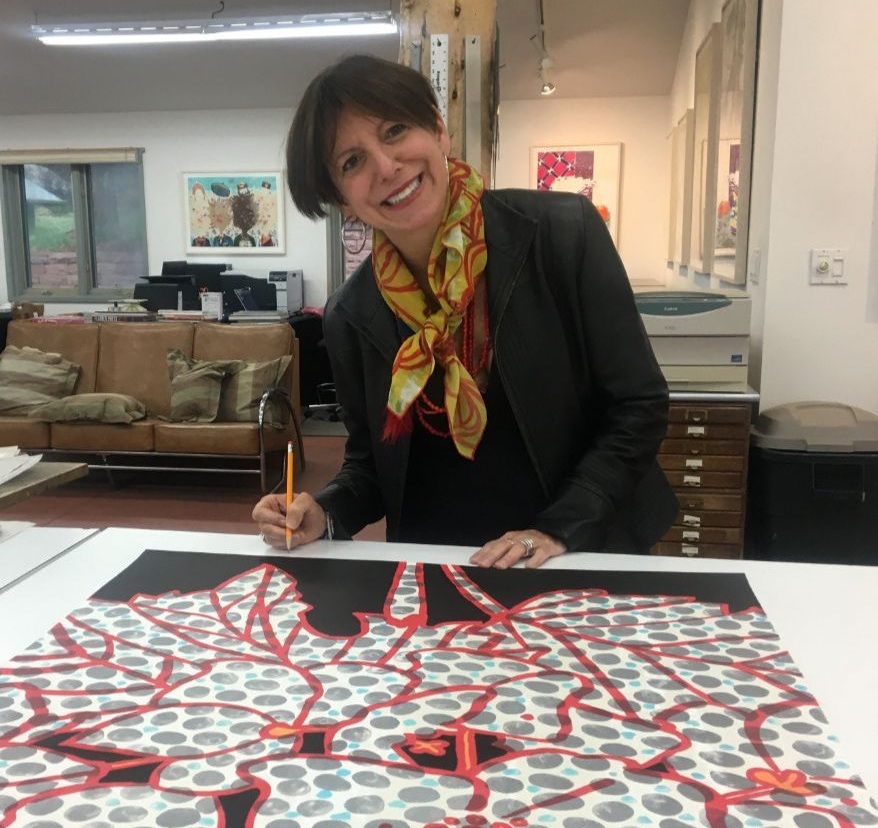