Originally from Japan, Michiko Itatani asserts that she is a “made in America” artist. Her paintings reflect her lifelong interest in science fiction and the cosmic and are inhabited by hovering circles of light that suggest a spirit, a possibility, a place to go, Infinite Hope. She considers herself an optimist despite news that increasingly is discouraging about the state of our planet. Itatani believes in the best of humankind, science, music, and art. Her paintings are a kind of visual prayer, imploring and inspiring humankind to leave Planet Earth not only livable but healthy and thriving for future generations.

Based in Chicago, Michiko Itatani received her MFA from the Art Institute of Chicago and subsequently taught Painting and Drawing at her alma mater until her retirement in 2019. Always prolific, Itatani’s focus continues to be on her studio practice.

“Michiko Itatani is clearly of her time in addressing the issues of fragmentation and continuity as an inescapable fact of twentieth century life. The themes of physical and spiritual confinement versus transcendence are effectively used as examples of duality’s within a united whole. These outer and inner voices form the pulse of our life experiences. Ms. Itatani’s important works speak to this struggle within the human condition and our attempts to make sense out of chaos.” – Ed Paschke, catalogue essay for the exhibition at the Wright Museum of Art, WI 1994

“Her painting has been idiosyncratic from the beginning, because it was not her expected profession but something discovered after her arrival in the U.S. (from Japan). Her intention was to study philosophy, and perhaps it is the philosophy, and perhaps philosophical approach to experience – observing, comparing, weighing, analyzing, looking for relationships and consistencies and meaning, turning both the phenomenon and the expression of it over and over in search for resolution – that underpins her art.” – Janet Kopolos, “The Sea of Uncertainty” catalogue essay for Michiko Itatani -Paintings since 1984, Chicago Cultural Center, 1992. 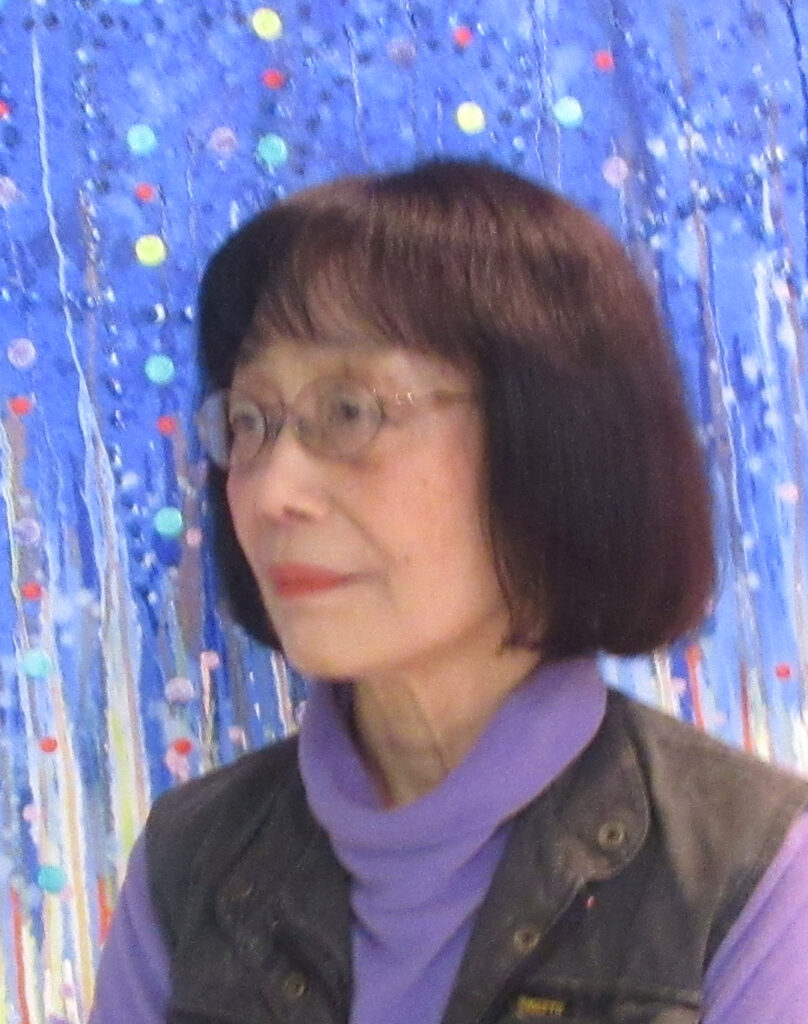