Jun Kaneko is widely regarded as one of the most important artists working in ceramic sculpture in the world today. He was born in Nagoya, Japan in 1943 and moved to the United States in 1963. Kaneko established his studio in Omaha, Nebraska, in 1986 and there continues to explore his seemingly boundless creative and artistic vision, constructing sculptures that range in scale from a tile to the size of an elephant.

Jun Kaneko has realized over thirty public art commissions in the United States and Japan including the installation of three of his largest ceramic “Heads” measuring up to a monumental 10 feet tall exhibited on Park Avenue in New York City, NY in 2008. Among his more than thirty public art commissions are the Bartle Hall Convention Center, Kansas City, Missouri, the Phoenix Airport, and the Aquarium Station in the Boston Subway, the Detroit People Mover, and the Waikiki Aquarium. These projects are in addition to his impressive list of works in major museum collections, such as the Philadelphia Museum of Art, PA; The Los Angeles County Museum of Art, CA; The DeYoung Museum in San Francisco, CA; the Museum of Art and Design, New York; Corning Museum of Glass, Corning, New York; the Smithsonian National Museum of American Art, Washington, DC; the Shigaraki Museum in Japan; and the Victoria and Albert Museum in London, UK. In total Kaneko’s work is in the permanent collections of over seventy museums worldwide.

Although Jun Kaneko is best known for his large-scale ceramic and glass sculpture, he works fluently in diverse media and fields in the arts. In 2003, Opera Omaha commissioned Kaneko to design the staging and costumes for the new production of Puccini’s Madame Butterfly, which premiered in March of 2006 and is touring America and Canada through 2012. This success led to another commission by Opera Company of Philadelphia to design a new production of Beethoven’s opera Fidelio, which opened October 2008. In 2012, Kaneko’s production design of Mozart’s Magic Flute debuted at the San Francisco Opera and toured nationally. 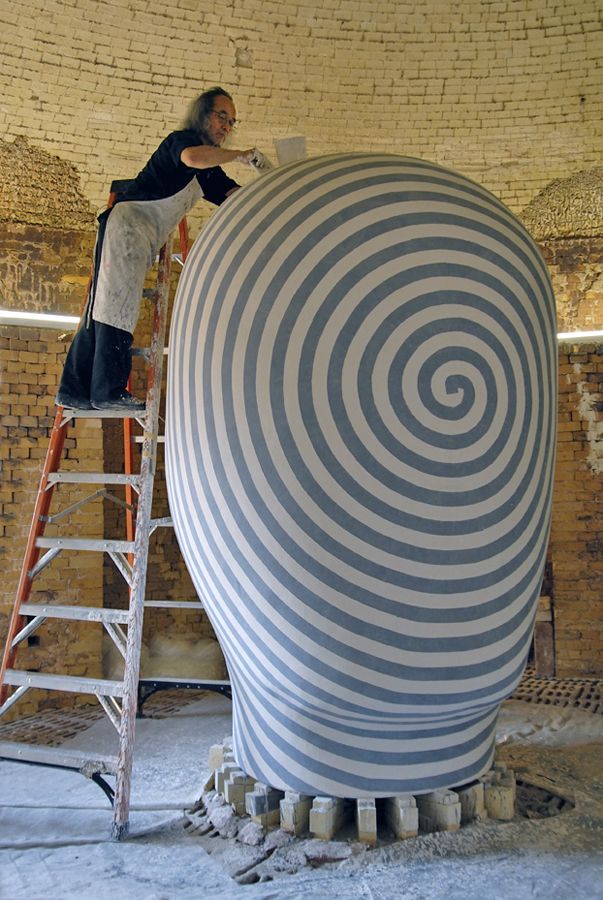