Cathy Logan moved back to Kansas City in 2012, more than forty years after she left as a graduate of the Kansas City Art Institute. Logan never forgot the charm and feel of the city and, in part, that is what drew her back. Based in the Columbus Park neighborhood, Logan set out to explore the city on her bicycle just as she had years ago as a young artist.

Traveling slowly through Kansas City’s many individual and architecturally eclectic neighborhoods, Logan found that the city she remembered was much the same but also in a state of change. Kansas City is made up of houses and buildings filled with invented, borrowed, adapted, and embellished architectural forms. Together they form a blend of neighborhoods, some neglected, others treasured, but all of individual character, eclectic design, and style. Logan felt that in Kansas City’s neighborhoods, she had discovered places rich in character and story. The kind of places that Henry Miller referred to when he said, “The streets sing, the stones talk.” Logan’s sensitivity and insight reflect upon the essence of Kansas City, as her paintings capture the geometry of simple structures exaggerated by light and shadow. 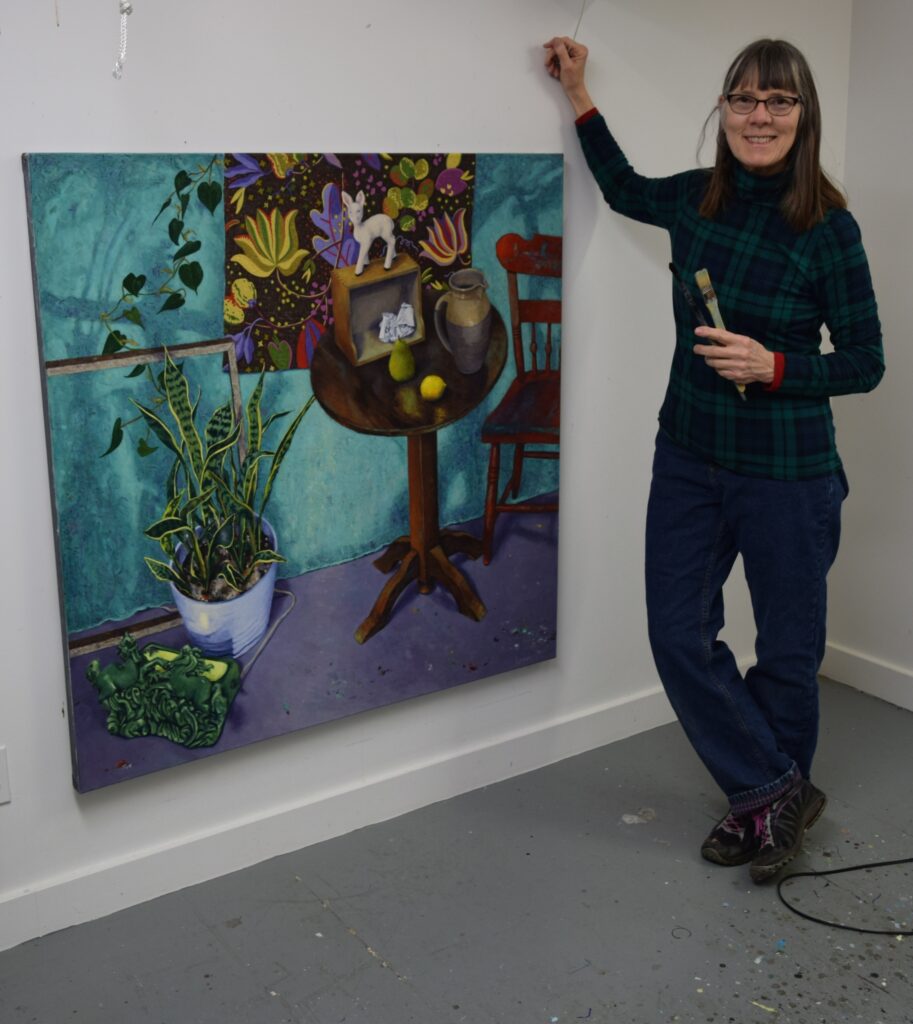