Vera Mercer was born in Berlin in 1936. Her father, Franz Mertz, was a well-known theater set designer and her most important influence. After initially studying modern dance, Mercer moved to Paris in 1958 with her then husband, artist Daniel Spoerri. Along with Spoerri, she was a member of the avant-garde community now known as the “Nouveaux Réalistes.” Often serving as the photographer for this group, Mercer was first known for her portraits and documentation of Jean Tinguely, Niki de Saint-Phalle, Eva Aeppli and Spoerri and of artists including Marcel Duchamp and Robert Rauschenberg, Norman Mailer, and Andy Warhol.

After the end of her marriage to Spoerri, her photographic career quickly progressed. She worked with Theater Heute and various Scandinavian magazines, and did photo reportages on Becket, Ionesco, Satyajit Ray, Andy Warhol, Norman Mailer, Marcel Duchamp, and others. Her continued interest in artists and sculptors led to many documentary photos and publications.

In 1985, with her second husband, Mark Mercer, she moved to Omaha from Paris where the couple began to organically develop the Old Market district. Over the last 40 years the Mercer’s have transformed the Old Market neighborhood through an artist’s sensibility, achieving a sustainable urban anomaly that is unique in the United States.

In 2005, she began the digital color still lifes that she continues to explore today.

Vera Mercer continues to actively show her photographs in Europe, Mexico, and the United States. Three monographs of her work have published. 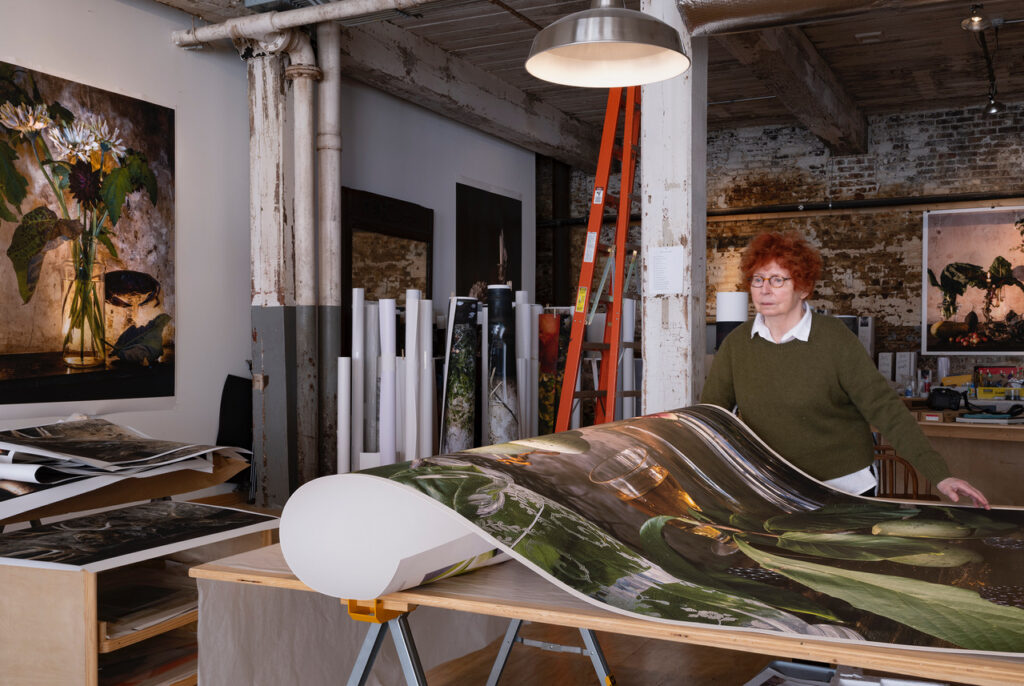