Without restrictions to a particular subject, I move freely between the figure, floral arrangements, and abstraction. I embrace the unpredictable and no longer feel the necessity to follow a specific color palette, paint application or prescribed narrative as I had in the past. The work is done intuitively and with urgency. These parameters are set up to enable me to work as quickly as possible so that the initial impulse is not overly analyzed or questioned.

The speed and immediacy of working this way is essential regardless of a painting’s subject matter, content, or technique. The following quote from the painter Philip Guston continues to provide inspiration: “The worst thing in the world is to make judgments. What I always try to do is to eliminate, as much as possible, the time span between thinking and doing. The ideal is to think and do at the same second, the same split second.”

I often work on the floor using paint-filled squeeze bottles to hasten the immediacy of the painting process, leaving less time for questioning. My desire is to completely to accept the will of the subconscious while working expediently to question the burden of art history and the existential weight of the current political climate.

Rosalyn Schwartz has been exhibiting her work for the past thirty-five years, both nationally and internationally. She is the recipient of numerous grants, fellowships, and awards, including an NEA Fellowship, a Bush Foundation Fellowship, and a McKnight Foundation Fellowship. In 2010 Schwartz had a twenty-year survey exhibition of her work at the University of Missouri-St. Louis’ Gallery 210 that was accompanied by an illustrated catalogue with an essay by Lilly Wei, independent curator, and art critic for Art in America magazine.

In the fall of 2013, Schwartz had a solo exhibition, A Brief History of Seduction, at the McNay Art Museum in San Antonio, Texas. In August 2014, Schwartz’s work was included in the group exhibition Beauty Reigns: A Baroque Sensibility in Contemporary Painting at the McNay which then traveled to the Akron Art Museum in Akron, Ohio, opening in January 2015. A major, illustrated catalogue accompanied this exhibition. Schwartz’s work has been reviewed in Artforum, Art in America, and The New York Times.

Rosalyn Schwartz received her BFA in painting from Washington University, St. Louis, and her MFA in painting from Fontbonne College, St. Louis. In May of 2008, after serving as Professor of Studio Arts in the School of Art and Design at the University of Illinois, Urbana-Champaign, Schwartz decided to take an early retirement so that she could focus full-time on her studio work and prepare for several upcoming exhibitions. 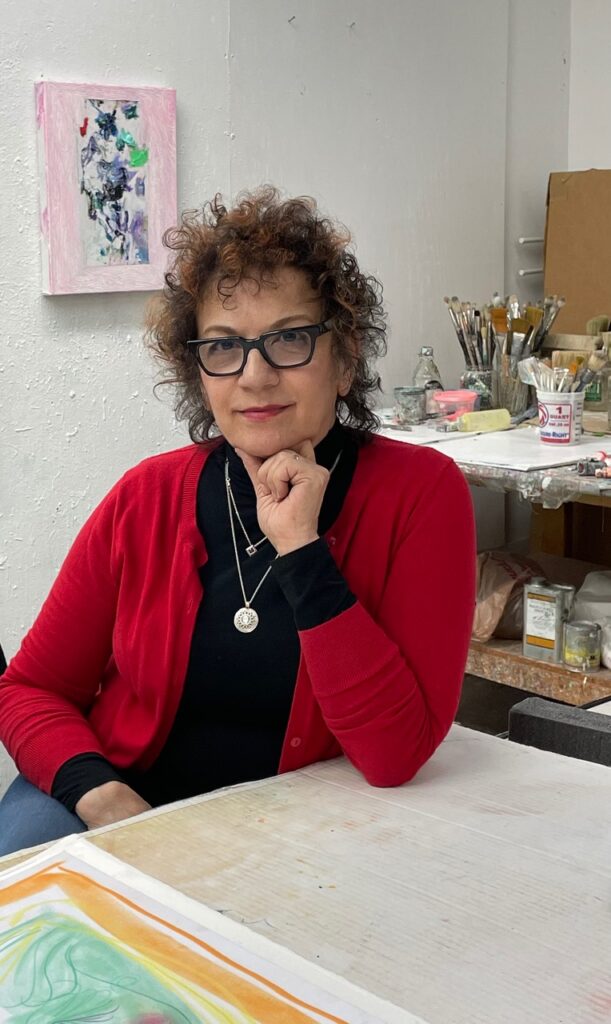