Over the past few years, my bodies of work have been increasingly influenced by my memories of my native Venezuela, a home that exists more in my memory than in my daily reality, particularly the mystical rainforests of Andes Mountains, as well as my more current experiences in the southwestern deserts of the United States, where I live today.

The ceramic vessels of José Sierra are like nothing you’ve ever seen before. They seem to breathe, expand and grow to fill the space. Colorful, exotic, funny, beautiful and absurd, the patterns and forms shape-shift around trunk-like centers. Glassy coils slither and poke through openings in the thin walls of the thrown forms. Matt glazes and pattern inhabit the outer surface giving way to shiny intrusions. Tiny intervals of the raw clay in designated dots remind the viewer of the forms’ ceramic nature. Animated and complex, architectural and organic these ceramic wonders need to be experienced in person.

“In my teens and early twenties, I spent most weekends and holidays hiking and climbing in the Andes mountains, outside of my hometown of Mérida, which sits at approximately 5000 feet of elevation, surrounded by 16,000-foot peaks. My journeys through the Venezuelan Andes, with its vibrant cloud forests of intense greens infuse my memories that inspire my work. The forest, whose flora has the ability to devour any object in a very short time, makes you feel that it is impenetrable as you journey through them. As altitude rises, they give way to a high desert, with freezing nights and the other worldly frailejón plants, similar to an agave with the texture of soft lamb’s ear. Then, in the present, the southwestern deserts with their sharp geometric cacti, the radiant and blazing sun and the kaleidoscopic sunsets that change from reds to pinks and purples and golds, all lend inspiration to my forms and palette.

The smell of wet clay subconsciously works as a catalyst that transports me back to the dense Andean forests where each breath lets you absorb its richness. It is a memory permeated by mysticism that brings you back to earth. It is curious that clay, as earth itself, invites me to be carried away by its moldability, and has the ability to both absorb or reject my ideas. The process of working with clay allows these memories become-energy to bloom.

In my studio, my goal is not mimesis, but to capture the energy of those spaces as they form part of my experiences. Between the dialog of the object and me, that energy somehow always comes out, making hybridized biomorphic forms that emerge from life in deserts and memories of mountain forests.”

José Sierra was born and grew up in Mérida, Venezuela. Primarily self-taught, José was introduced to ceramics at the University of the Andes in Mérida and worked professionally as a sculptor while in Mérida. He came to the United States in 2000, moved to Iowa and dedicated himself to ceramics. His studio is now in Albuquerque, NM 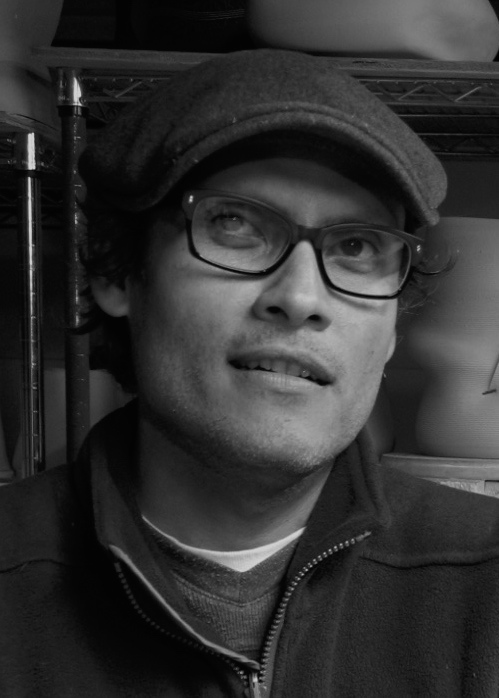