Worn under Medieval armor, chain mail is made of tiny interlocking metal rings designed to protect a body in motion. I use the chain mail pattern and other woven patterns to create ceramic works that conjure up a sense of permanence and defensive concealment. Like the ancient armor, my pieces are made of a fabric of moveable interlocking rings. Using clay to make a protective mesh is contradictory; for how can it defend anything, much less itself? Visually stone-like, the pieces appear strong and impenetrable, belying their inherent fragility.
-Ruth Borgenicht

Ruth Borgenicht became interested in the creative possibilities of ceramics while working toward her degree in mathematics. The exploration and discovery of systems, which interested her in mathematics, became tangible and immediate in ceramic sculpture. Borgenicht’s unique ceramic works, at once solid and shifting, strong and fragile, often transform and reconfigure with subtle twists to reveal variations on the theme of organic geometry and visual poetry.

Residing in New Jersey, Ruth Borgenicht has received numerous awards including the 2005 Fellowship from the New Jersey State Council on the Arts. She has been featured in important exhibitions at locations such as the Jack Lenor Larson Longhouse Reserve, New York; Watershed Center for the Ceramic Arts, Maine; Anderson Ranch, Colorado; Greenwich House Pottery Crafts, New York; and The Newark Museum of Art, New Jersey. In 2006, the Daum Museum of Contemporary Art in Sedalia, Missouri featured the ceramics of Ruth Borgenicht in a one-person exhibition entitled Articulated Spaces. 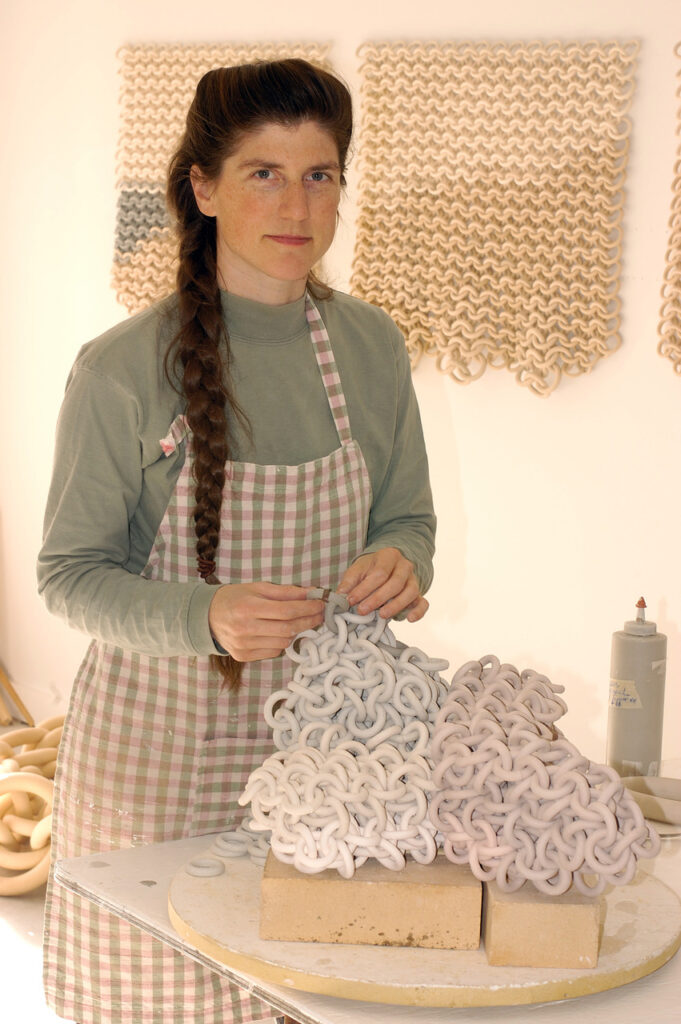